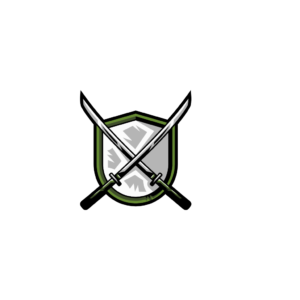 When it comes to writing, a Christian writer must first consider what truths he wants to portray in his writing. This is especially true when it comes to fiction. In non-fiction, you can just straight up tell people what you want to tell them. But fiction is different. In writing fiction, we are told over and over again to show. Don’t tell. People need to see the truth as a reality before they can fully understand it.

Most Christians believe this is why Jesus often spoke in parables. In most of His parables, He never even mentioned God. He simply portrayed Him as a father or a high authority figure. And when people finally understood the story, they realized He was actually talking about greater realities than just a simple story. But they first needed to be shown the story, not just told about the realities.

So what exactly do I mean with all of this?

Why do I say that?

The short explanation is this: People tend to limit Christian fiction by claiming that it gets too evil or too dark way too quickly.

The longer explanation, however, is somewhat more complex. Is there a line to how dark a writer should go before he shouldn’t go any deeper? I believe the answer is yes. But, on the contrary, doesn’t the light shine brightest when the darkness seems to completely overtake everything? Yes.

In Luke 7:47, Jesus said to a Pharisee “Therefore I say to you, her sins, which are many, are forgiven, for she loved much. But to whom little is forgiven, the same loves little.”

He was talking about a woman who’d been caught in adultery. A whore. A dirty sinner. But just before He gave this response, He explained the truth of forgiveness through a story. Here’s what He said.

“And Jesus answered and said to him, “Simon, I have something to say to you.”

“There was a certain creditor who had two debtors. One owed five hundred denarii, and the other fifty. And when they had nothing with which to repay, he freely forgave them both. Tell Me, therefore, which of them will love him more?”

Simon answered and said, “I suppose the one whom he forgave more.”

And He said to him, “You have rightly judged.”

What can we take from this story? Couldn’t we say that the darker the path, the brighter the light when it shines? Yes.

But how does this apply to Christian writers?

Our mission should be to point people to God through our story. But everything in this world is under the curse of sin.

I won’t get into the details about the depth of sin. That’s for another time. But I will say this. The curse of sin runs deeper and darker than you could ever imagine.

So if we create characters who struggle against the very depths of the darkest pits of sin, or whether we represent the pure evil of sin with something like dragons or an evil army, we are only letting the light shine even brighter. Because if we write about the character overcoming the darkness through the power of the light, we are essentially pointing to how we, as sinners, can overcome the power of sin’s darkness through the Light of the World: Jesus Christ.

Therefore, a Christian writer’s mission should be this: to use writing as a tool to deeper understand the world, people, and Jesus Christ.

So just remember the next time you read a book or write a story that the darker it gets, the brighter the light will shine.

Thanks For Supporting Me In My Author Journey. I Hope You Enjoy My Stories!